This page is a stub, please expand it if you have more information.
Time Machine VR is a VR App.

A time-traveling cadet uses incredible technology to scan, track, and bait prehistoric creatures in the hope of understanding them and prevent a deadly virus from taking lives in the future.

You’re a time-travelling cadet tasked with exploring the Jurassic era and the ancient creatures that once ruled its prehistoric oceans. Your tools for tracking and up-close and personal examination of the creatures around you reveals something new. But in the present, the ice-caps melting has unleashed a deadly virus. The key to the cure lies in the extraordinary creatures of prehistory.

You begin your journey inside your mission hub, in Svalbard, Norway. It shelters your time machine and comes equipped with the DinoDex, a depository of the information you will collect from the prehistoric creatures you encounter. Every time you return to Svalbard with new discoveries, upload them to the DinoDex to unlock crucial data and creatures.

Pilot your time machine through the treacherous oceans of prehistory, where mosasaurus, livyatan, and megalodon, among others, roam the deep. Use your high-tech equipment to track, probe, and scan these beasts, extracting the information you need. Bait creatures to turn risky situations to your advantage. Freeze time and perform dangerous close-up echography and take unique live snapshots of creatures in action with Behavior Scan as you strive to fulfill your mission.

Revisit completed levels and unlock crucial intelligence about the Jurassic-era creatures you have faced. Then, follow these clues to uncover the key to human kind’s survival.

A FULL RANGE OF TECH-BASED MECHANICS 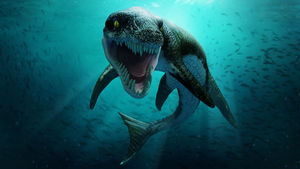 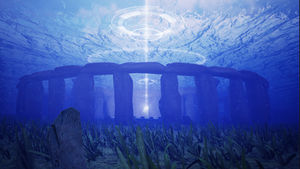 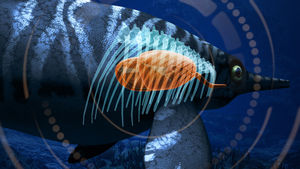